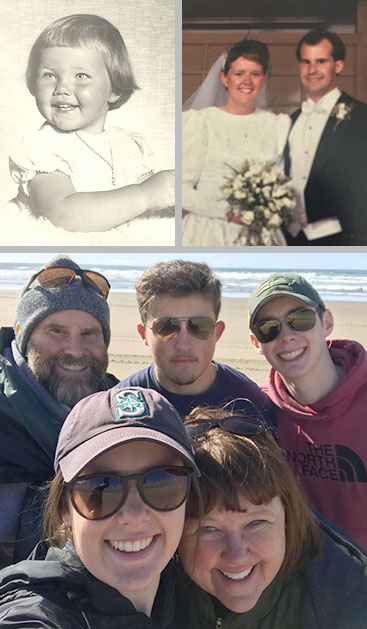 Caryn grew up in Seattle with her sister who is 13 months older than her and a brother who is 10 years younger.  Her family was quite traditional with mom staying home and dad working as a communications manager with Pacific Northwest Bell.  She is the granddaughter of a steel worker, candy maker, telephone operator and an Alaska fisherman.

Caryn started her security investment career in June 1987 . . . four months later, the market experienced Black Monday on October 19, 1987 with the biggest one-day loss in history of 22%.  Not one to shy away from a challenge, Caryn remained steadfast and a strong believer in prudent financial planning which she still enjoys today.

She received her BA from the University of Puget Sound with a focus in economics.

A native of Seattle, Caryn and her husband Rob moved to Eugene in 1990. They have a daughter, who is studying at Seattle University and a son, who is at Marist Catholic High School. Their free time is spent watching their son play football and baseball, visiting the Oregon coast, Central Oregon, and Seattle.

Check the background of investment professionals associated with this site on FINRA's BrokerCheck.